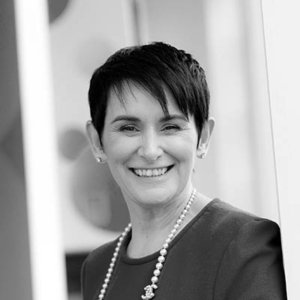 Carolan Lennon was appointed as eir’s CEO in February 2018, having joined the company in 2010. Carolan is the first female chief executive of eir and is a senior independent director of AIB Group. Carolan is a passionate advocate for gender diversity in the workplace, on her appointment she implemented a new management team composed of a 50/50 gender split.

Carolan has a wealth of experience in the telecommunications and technology sectors, having previously worked in Vodafone Ireland as Consumer Director. Prior to that, she held a number of strategic marketing roles with Vodafone, including Marketing Director. Before joining that company she worked with the Hibernian group and held a number of different technology roles in Allianz. She has a BSc from UCD and an MBA from Trinity and has also lectured in operations management at University level.