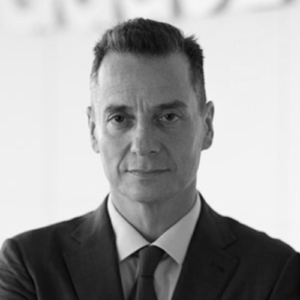 Dalton Philips is the Group Chief Executive with daa plc since October 2017 and is a member of the Board of ACI Europe.

His career began with Jardine Matheson, with roles in New Zealand, Australia and Spain. He then spent seven years with Walmart in Brazil and Germany.

In 2005 Dalton joined the Weston family, as CEO of luxury goods retailer Brown Thomas Group (Ireland), and in 2007 as COO for Loblaw Companies Ltd, a leading Canadian grocery retailer.

Between 2010 and 2015 Dalton was CEO of Wm Morrison Plc, the UK’s 4th largest supermarket chain. Morrisons has over 600 stores, employs approximately 120,000 people and serves 12.5 million customers every week.

Dalton has a BA from University College Dublin, an MBA from Harvard Business School and an honorary Doctorate of Management from Bradford University. Dalton is fluent in Portuguese and Spanish and also holds a private pilot’s licence.