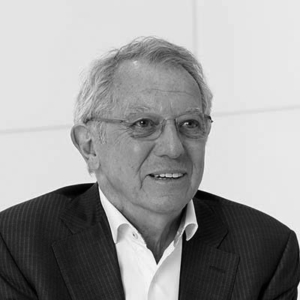 Professor Sir David King is Emeritus Professor of Chemistry, University of Cambridge; Founder and Chair of the Centre for Climate Repair in the University; an Affiliate Partner of SYSTEMIQ Limited; and Senior Strategy Adviser to the President of Rwanda. He was the UK Government Chief Scientific Adviser, 2000-2007, the Foreign Secretary’s Special Representative on Climate Change, 2013-2017. He has travelled widely to persuade all countries to take action on climate change. He initiated an in depth risk analysis approach to climate change, working with the Governments of China and India in particular, and initiated a collaborative programme, now known as Mission Innovation, to create a £23bn pa research and development international exercise, which involves 22 countries and the EC, to deliver all technologies needed to complete the transition into a fossil-fuel-free world economy. As Govt Chief Scientific Adviser he raised the need for governments to act on climate change and was instrumental in creating the British £1 billion Energy Technologies Institute. Elected Fellow of the Royal Society in 1991; Foreign Fellow of the American Academy of Arts and Sciences in 2002; knighted in 2003; made “Officier dans l’ordre national de la Légion d’Honeur” in 2009.