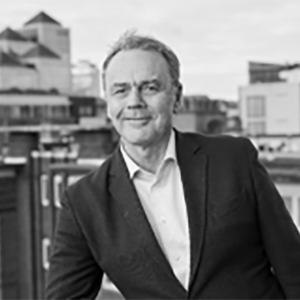 Andy Smith joined UPS as part of the acquisition of Lynx Express in 2005. Andy’s career with Lynx started in 1989, where he held a number of managerial positions including Operations Project Manager and Regional Director for the South.

Following the acquisition, Andy has held various positions including UPS Division Manager for the South, West and East of the UK respectively. In these roles he oversaw the operations of all UPS centres located within those regions.

In 2017, Andy moved back to Ireland as Country Manager and has played a pivotal role in strengthening UPS’s reputation and raising awareness of the brand through strategic acquisition such as the Nightline Group and Parcel Motel as well as strategic partnerships, including that with Trinity College Dublin.