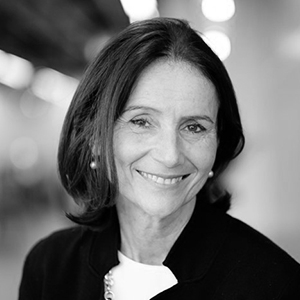 Carolyn joined the CBI as Director-General in November 2015. Her career spans a range of leadership roles in business, media and government, with particular experience in the finance and broadcasting sectors.

Carolyn spent her early career with the World Bank and as a journalist with The Economist magazine. In 1995 she joined McKinsey and became a partner in its media practice. She has also held senior roles in broadcasting. As BBC Director of Strategy, she led the BBC’s digital strategy and in 2003 designed and launched Freeview, one of the UK’s most successful TV services. From 2007-2010, Carolyn was a member of the Executive Board at ITV.

Carolyn has extensive FTSE board experience, including as non-executive director of Lloyds Banking Group, the Vitec Group, and Capita plc. She was also a Director of the Competition and Markets Authority and from 2008-11, the Financial Services Authority, and until 2016 was a Trustee of Marie Curie.

She has also worked in government as a member of John Major’s Number 10 Policy unit from 1995-97, specialising in health policy.

Carolyn holds a BA in Economics from Cambridge University, an MA in International Relations from the University of Pennsylvania and an MBA with distinction from INSEAD. She is an honorary fellow of Gonville and Caius College, Cambridge and of Nuffield College in Oxford.

Carolyn is married with three children and lives in Hampshire.