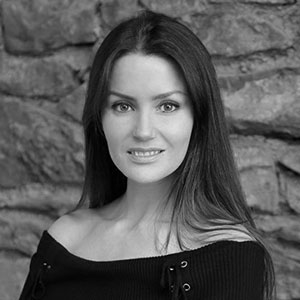 Dr. Nora Khaldi is the founder, CEO and acting Chief Scientific Officer of Nuritas, an artificial intelligence platform aimed at identifying and utilizing bio-active peptides derived from food sources, which she incorporated in 2014. She is currently based in Dublin, Ireland.

In 2004, she received her Master’s degree in Mathematics from Université Aix-Marseille. She continued her study by pursuing a PhD in Bioinformatics and Molecular Evolution from Trinity College Dublin which she completed in 2008. She chose to pursue this subject since she wanted to combine her expertise in mathematics with her passion for biology.

During her postdoctoral study, she was also a visiting scholar in University of California, Davis, where during this time, she developed Nuritas with the help of Davis Roots, the nonprofit business accelerator associated with UC Davis. She developed her own proprietary technology for this and was inspired to do so during her research career, where she was exposed with the limitations of research and development into the field of therapeutic ingredients by businesses in the food industry.