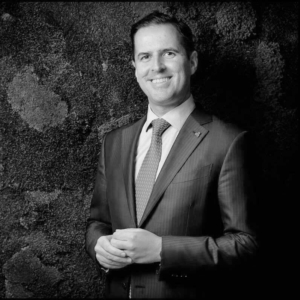 Martin D. Shanahan is CEO of IDA Ireland. IDA (Industrial Development Agency) is Ireland’s inward investment promotion agency responsible for the attraction and development of foreign investment in Ireland. Martin took up this position on the 1st September 2014.

Martin is an Adjunct Full Professor at UCD Michael Smurfit Graduate School of Business since September 2019.

Prior to this, Martin was Chief Executive since 2010 of Forfás – Ireland’s policy advisory board for enterprise, trade, science, technology and innovation. Martin worked in a number of senior executive roles in Forfás since joining the agency in 2005. Martin has been to the forefront of the development of enterprise and innovation policy in Ireland including leading, at official level, the development of the Government’s Action Plan for Jobs between 2011 and 2014. Martin has represented Ireland at EU and International fora.

Before joining Forfás, Martin worked in Fáilte Ireland (the National Tourism Development Authority) responsible for the professional development of the tourism sector. Earlier in his career Martin held a number of senior management positions in the private sector in tourism and hospitality.

Martin holds an M.Res (Educational Research) from Lancaster University, a M.Sc. and H.Dip from Dublin Institute of Technology and a B.Sc (Mgmt) from the University of Dublin Trinity College. He has undertaken executive education at the Stanford Graduate Business School, at Oxford University and at the Kennedy School of Government in Harvard.