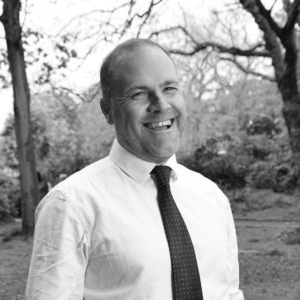 Peter Hendrick is the CEO of NBI, taking charge of one of the most ambitious telecoms projects in the world, ending the digital divide in Ireland.
Having worked on the project since 2015, Peter successfully led NBI through the competitive bid for the National Broadband Plan as the Managing Bid Director, heading up a team of some of the best and brightest minds in telecoms.
Peter holds 20 years of telecom, engineering, sales & executive experience and has held senior roles in Siemens and enet. In 2006, he co-founded AirSpeed Telecom, serving as the companys Chief Operations Officer until 2015, helping build it into a national telecoms business focused on delivering managed telecommunication services to both retail and wholesale customers across Ireland.
Following Granahan McCourts acquisition of AirSpeed Telecom in 2014, Peter led the integration of the company with enet Wholesale networks.
Peter has received a number of industry awards during his career, including a top ten placing in the Deloitte Fast 50 Technology Awards and the Irish Times Tech 50.
He holds an honours degree in Electrical Engineering, Telecommunications and Electronics from Dublin Institute of Technology and has continued to support the institute in the role of external examiner covering both electronic and electrical engineering disciplines.